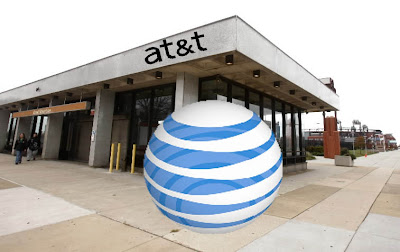 How much does it cost to buy a part of the soul of Philadelphia? Apparently, $5 Million Dollars.

This week, it was announced that SEPTA, along with Titan Outdoor LLC (the company that handles all of their outdoor advertising), sold the naming rights to Pattison Ave Station. The station is at the end of the Broad Street subway and lies at, you guessed it, Pattison Avenue where all the stadiums are. Since opening on April 8, 1973, the station has served as a gateway to the stadiums and the community. The naming rights were sold for $5 Million Dollars to AT&T, which will, for the next 5 years, have it renamed “AT&T Station”.

SEPTA selling the naming rights is the larger issue at play here, and the one that deserves the most scrutiny and, yes, outrage. We’re not talking about a simple naming problem, or the fact that the name will cause confusion for countless riders and tourists.

No, the bigger problem here is that we’re looking at a very short-sighted solution to a very big, long-term problem.

Of the $5 Million deal, SEPTA is only getting $3 Million, and the City of Philadelphia (who also own the route itself and leases it to SEPTA) get’s $2 Million. On the surface, this looks like a win-win situation for the two people involved since they get some money they desperately need. In reality, it’s not a lump-sum payment. The amount is spread out over the 5 years of the contract.

What about the argument in favor of this deal? How it makes money for an agency and city that really needs it?

Well, it SOUNDS cool… until you realize that both SEPTA and the City of Philadelphia are facing $100 MILLION deficits for the next 5 years. In return for getting 3% of their budget settled, they’re willing to sell off part of the city to the highest bidder.

Or, in other words, you know those guys who are willing to have a logo tattooed on their face for life if you pay them? Yeah, that’s SEPTA and Philadelphia. 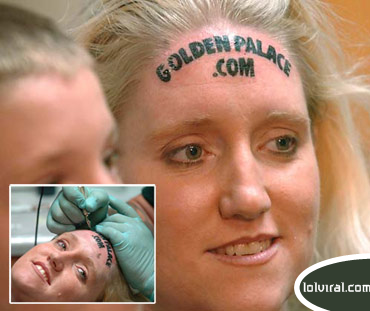 Not pictured: Dignity and Self-Respect

So let’s put this into some perspective. Imagine you need $100. Badly. You need to find a way to raise some cash, but you’re running out of ideas. You’re parents have decided not to give you that raise in your allowance that you asked for, and you’ve already cut out what you can from your budget. Someone comes up to you can says they’ll give you $3 Bucks, but there’s a catch; they get to write the words “Eat My Shorts” on your face, and you have to leave it there for a month. Do you take the cash, or do you look for cash somewhere else where you won’t make a full of yourself for life, like the sewer?

That is, in essence, where both SEPTA and Philadelphia is. No one is saying $3 Mil is something to sneeze at,but the idea that taking care of 3%, or in Philly’s case 2%, of your budget by destroying part of your image isn’t smart.

This isn’t a small ad, or even a temporary ad-wrap on a building; this is something’s NAME.

Not only that, but how much is this going to COST?

Let’s keep a few things in mind, here: SEPTA and the City of Philadelphia agrees under this contract that ALL references to this station name has to be changed. ANY AND ALL REFERENCES. You’re talking about replacing a LOT of signs here. The Subway cars would need to get new signs, so would all the maps (plastic, metal, and paper)… and the city has to pay to redo the maps to change the reference. In the city’s case, the cost may not be much since it has to do that type of stuff constantly, but SEPTA? This stop is at the end of the line here! This can’t come cheap!

So in order to get $3 Million, SEPTA may have to spend 1/3rd of THAT JUST to update everything! 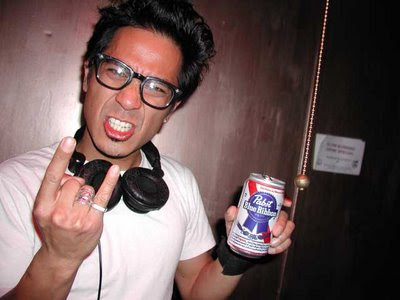 Look, I’ve come to the defense of SEPTA and them selling ads before to help raise cash. It can be done in a fairly nice, even downright “hip”. If SEPTA want’s to raise money through advertising, L&I needs to loosen up a little and actually help them. In 2006 when they let Dunkin’ Donuts do a wrap at 1234 Market Street, they wound up getting fined double what they were paid for the ad, and it lost money.

We’ve seen SEPTA now allow advertisers buy up entire stations, sometimes resulting in some horribly tacky results. Suburban Station jumps to mind first, as well as Market East and Spring Garden Station. To paraphrase what the brilliant street artist Bansky once said, “You’re not allowed to do something to make an area look nicer, but a corporation is allowed to make it look worse.”

The real problem in all of this is that it is a short-sighted solution.

Let’s look at it as seriously as possible here: SEPTA is saying that the deal went good and that they, in turn, want to do it for more stations. That means that when the contract runs out, they’ll sell the naming rights AGAIN. In 5 years, don’t be surprised if you hear that SEPTA is running scared because no one wants to buy the rights to a station because of one problem or another. The state, in turn, KEEPS cutting SEPTA’s funding because, you know, they can easily get the money by either selling another station’s name or raising the cost of said rights.

This isn’t a viable solution at all. What IS is more people writing to the people in the House of Representatives for Pennsylvania and telling them to increase SEPTA’s funding. Tell them to actually HELP people get around in Philly so that we can help the rest of the state get out of it’s budget problem by being able to get to work.

REMEMBER: Only YOU can save us from becoming an idiocracy. 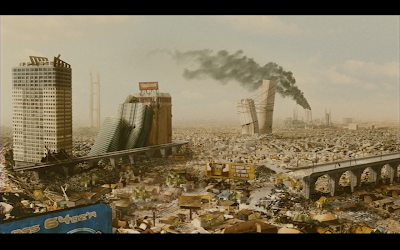 South Philadelphia High School: How The NAACP Got Involved (For the Wrong Reason)