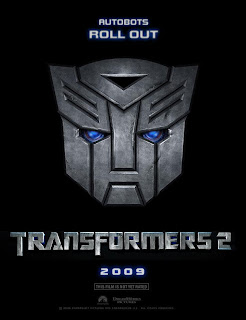 Did you watch Transformers 2 this weekend?

I hope you didn’t, I sure as hell didn’t! Why? Because I knew what most people who saw the film now are now realizing: IT STINKS!

In fact, not only did this movie stink, the replies I’ve seen to it have actually been on a level I’ve never imagined before! One review basically said it was an art film, not exactly in a flattering way but based on the fact that the film made no sense! The film is the worst-reviewed film of all time to make more than $400 Million…. and WHY, WHY did it make $400 MILLION?!

Look, I can understand the mentality to a degree: You don’t go to a Michale Bay film expecting art or something that even touches on “Good”. You go to one of his films to just laugh with your friends at how inane and stupid the entire thing is.

But in the process of doing that, you’ve basically voted with your wallet that you are more than willing to pay to see this.

Have you complained about how horrible films have gotten over the last 10 years? Its gotten to the point where most films released in major film chains are nothing but remakes, sequels, movies based on TV shows, and in the end, no one is really happy. Studios keep churning out this crap because YOU keep watching it! Admit it, you hate the fact that they’re making Ghostbusters 3. You cringed when they remade Halloween.

Now, despite the fact Terminator 4 didn’t even break even, the movie has been panned by everyone, and it didn’t do as strong as it should… word is out that they are making Terminator 5!

So why do they do this? Why does Hollywood insist on releasing nearly nothing but the worst, dumbest, most mind-numbing films possible? Because you keep watching them!

On the TV show The Critic, Jay Sherman was a film critic in New York City. While the film was done in 1994 to 1996, Jay Sherman felt that the film landscape at the time had hit an all-time low and, after another stint where he temporarily lost his job, he hosted a early-morning show to teach cabbies English. One morning, he walks into the class and gives a speech titled, “If the movie stinks, just don’t watch it!”

Its a simple concept, a simple phrase. “If the movie stinks, just don’t watch it!”

By voting with your wallet, by not paying to see these artistic abortions that they are trying to sell you, you’re saying that you don’t want them to keep making these films! By giving more money to good films, such as Up, Star Trek, and Taken, films that broke the Top 10 grossing films of the year thus far, your showing that you care about plot, character development, and just plain good film making!

The more you watch these films, the more you sink money into films that you KNOW stink, the same type of films you hate seeing so much of, the more are made!