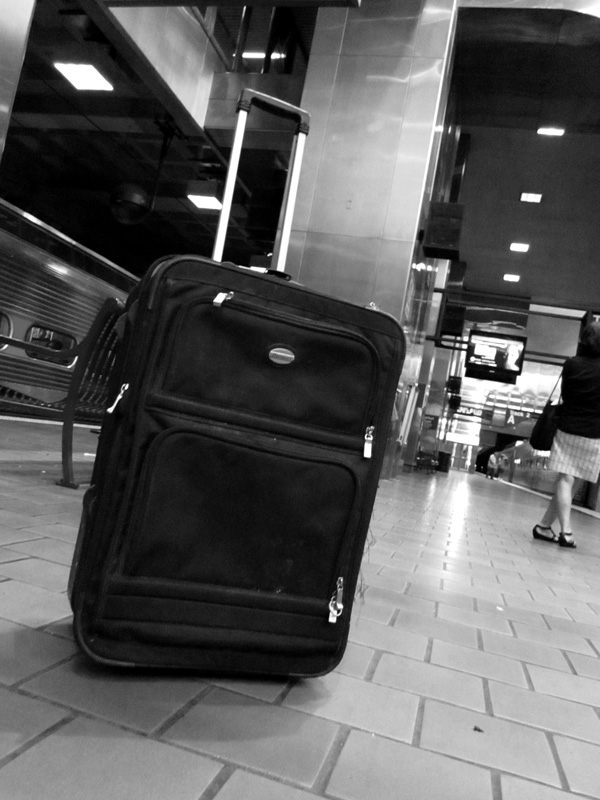 This is the bag that caused a bomb scare at Market East Station.

Around 6:45PM, someone alerted SEPTA and police of a suspicious package on the platform of Market East Station. The station was soon evacuated, the police and fire department arriving on the scene to make sure everything was ok. I arrive around 7:40PM to see all the cars and fire trucks, but didn’t know what was going on. I went through the entrance on 11th Street to catch my train that was going to leave in about 5 minutes, and was a little shocked the door was open.

I went down the stairs and was greeted by a completely empty train station. For being nearly 8 at night, it was incredibly eerie to witness. I saw an officer coming my way and asked him if everything was ok. “You just get down here?” “Yeah.” “Yeah, its ok. You’re fine.”

Down on the platform were 2 trains that were simply sitting there, as well as a conductor and two random SEPTA workers. I asked what happened, and they had as little idea as me. Behind me were a few people who arrived on the platform as well. I heard the story second-hand; there was a bomb scare at the station, and the bag that caused it… was right behind me!

Obviously, there was no bomb, just luggage.

In the end, it really is amazing that this was called in, but I’m both thankful and annoyed. Annoyed, obviously, because just like every single time SEPTA and the police are called about a suspicious package is nothing more than… well, luggage. At the same time, considering that there was a call for attacks on trains, not to mention this is a major city during a major holiday weekend, its good to know that people are still being diligent.